Here is a quick top-level timeline of the history of Weber Packaging Solutions, founded in 1932.

• 1952 – First electro-mechanical in-plant label printing machine is introduced to enable companies to print their own product identification and address labels. 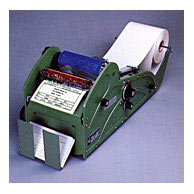 • 1955 – Introduction of the Tab-On concept, a stencil affixed to a shipping form enabling a label to be prepared as a by-product of the form; also moved to a larger facility in Mt. Prospect.

• 1962 – Joseph Weber, Jr. joins company on a full-time basis after practicing law as an assistant State’s Attorney and serving as Weber’s Corporate Secretary and legal counsel.

• 1967 – Moved from Mt. Prospect to a brand new facility in nearby Arlington Heights.

• 1969 – First thermal printing system for reproducing text and graphics from a stencil is introduced. 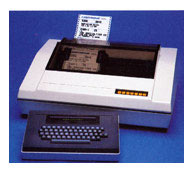 • 1975 – Introduction of labels pre-printed with company logos and graphics; variable data could then be added with a Weber electro-mechanical printer.

• 1984 – Legitronic® system is enhanced to include PC-based memory and software innovations that allowed bar code formats and advanced graphics.

• 1987 – Introduction of the first thermal-transfer label printer, which provided higher-quality bar codes, text and graphic images to be printed on a wide range of label stocks. 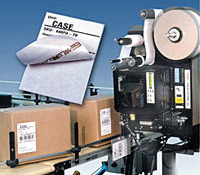 • 2002 – Weber unveils second generation of label printer-applicators with the introduction of the Model 5200 Series.

• 2011 – Corporate name is changed to Weber Packaging Solutions, Inc. to better define the company’s product line and to clarify the on-going direction of the company.

• 2012 – Weber introduces its Model 4300 Pro-Apply, an economical line of printer-applicators that boasts the functionality often limited to higher-duty labeling systems. The company also celebrates its 80th anniversary in July.

• 2016 – Weber adds the BestCode Series 8 continuous ink jet coders to their product line. These CIJ coders use state-of-the-art technology and have an advanced feature set that sets them apart from the competition.

• The Model LA-2050 is introduced as a low-cost label printer-applicator using a Sato CLNX label printer with avaribale-height application system.

To find out more about our products please fill in your details below, and a member of our sales team will get in touch with you. 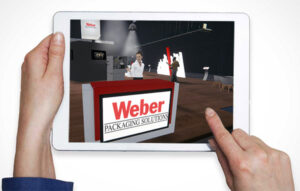